You are at:Home»Innovative ETFs Channel»A Municipal Bond ETF for the Biggest State Economy 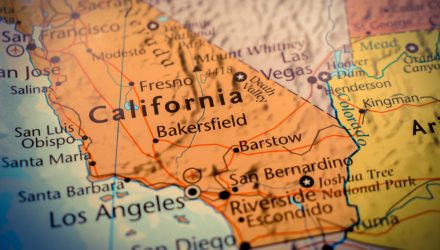 A Municipal Bond ETF for the Biggest State Economy

The municipal bond space continues to be a hot subsector in the debt markets, fueled by an incoming Biden administration that is expected to hike taxes. ETF investors can now get state-specific exposure to the municipal bond market in California via the Invesco California AMT-Free Municipal Bond ETF (PWZ).

The Invesco California AMT-Free Municipal Bond ETF (Fund) is based on the ICE BofAML California Long-Term Core Plus Municipal Securities Index (Index). The Fund generally will invest at least 80% of its total assets in municipal securities that comprise the Index and that also are exempt from the federal alternative minimum tax.

The Index is composed of US dollar-denominated, investment grade, tax-exempt debt publicly issued by California or any US territory, or their political subdivisions, in the US domestic market with a term of at least 15 years remaining to final maturity. The Index is adjusted monthly and its constituents are capitalization-weighted based on their current amount outstanding. The Fund and the Index are re-balanced and reconstituted monthly.

Looking at fund holdings as of December 4, the majority of debt issues exceed 15 years. As such, investors are exposed to more duration risk. Yet municipal bonds are less likely to default, especially with high-powered economies like California.

Turning Up the Volume on Municipal Bonds

Fixed income investors have been quick to pile into the municipal bond space with volumes pushing higher, particularly during the summer. According to a Visual Capitalist article, “the municipal market is on track for a near record year in terms of gross supply, according to Peter L. Block, managing director of credit strategy at Ramirez & Co. Strong market technicals, such as increased fund flows and November performance in sectors, like high yield, transportation, and dedicated tax are propping up the market, he noted.”

“Gross supply for the first week of December is estimated at $9.8 billion, while the 30-day visible net supply is negative $12.6 billion, reflecting $12.8 billion of announced supply against negative $25.4 billion of maturities and calls, Block said,” the article added. “So far, gross supply year-to-date is $434 billion, an increase of 16.8% year-over-year, which includes $302 billion of tax-exempt and $133 billion of taxable.”

“New-money issuance should be driven by pent-up infrastructure needs waylaid by the pandemic, whereas taxable bonds, issued primarily for tax-exempts refundings, should decline amidst a relatively smaller universe of candidates to about $138 billion,” Block wrote.