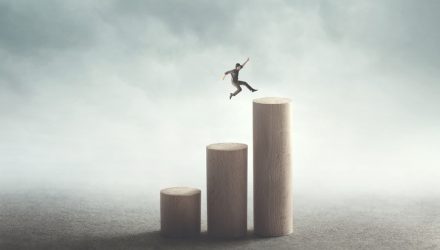 U.S. markets and stock ETFs rallied Friday after the September jobs report added to market bets that the Federal Reserve could still step in and cut interest rates.

The Labor Department revealed nonfarm payrolls increased by 136,000 last month and the unemployment rate dropped to a 50-year low of 3.5%, the Wall Street Journal reports.

“It continues to show that the U.S. economy is a jobs machine,” JJ Kinahan, chief market strategist at TD Ameritrade, told the WSJ. ”But again it’s strange compared to everything else going on. All the other numbers we’ve seen for the past week have not painted a very nice picture.”

Others saw the numbers as just good enough to support a positive outlook while bad enough to allow the Fed to maintain its loose monetary policy.

“It’s sort of a Goldilocks report: it’s not strong enough to move the Federal Reserve away from cutting rates at the end of October, but it’s not weak enough to make you concerned about the labor market or the consumer,” Shawn Snyder, head of investment strategy at Citi Personal Wealth Management, told Reuters.

The Friday jobs numbers followed a string of poor economic data from a dramatic contraction in U.S. manufacturing, cooling private-sector hiring and a decline in service sector activity that fueled concerns of a broader fallout from a prolonged U.S.-China trade war.

Options traders have placed a 77.5% chance the central bank could lower borrowing costs at its policy meeting later this month, compared to a 40% chance on Monday.

“The market has grabbed onto the narrative that bad news is good news,” Rusty Vanneman, chief investment officer of Orion Advisor Services, told the WSJ.