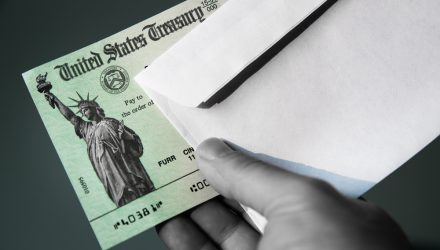 About 1.2 million Americans applied for unemployment benefits for the week ended August 1, the lowest number since March, and it came in lower than expectations of 1.4 million, the Wall Street Journal reports.

Ram Lee, president of Seven Bridges Advisors, argued that the dip in weekly jobless claims demonstrates how the Covid-19 pandemic has moved the goalposts for what is considered positive news.

“We’ve not seen prior to this year weekly jobless numbers over about 700,000” since the 1980s, Lee told the WSJ. “We’ve gotten used to numbers that are so large any improvement is seen as good news. But you still have a pretty meaningful contraction of GDP and a huge amount of joblessness.”

Meanwhile, markets are still waiting on the new coronavirus relief package. Senate Majority Leader Mitch McConnell said Thursday that Republicans and Democrats remained far apart over what to include in the next stimulus package. The White House has already raised the pressure on Democrats to push out a deal, warning that the president was prepared to walk away from negotiations and implement executive actions if an agreement isn’t in place by the end of the week.

“The fact that the jobs market hasn’t picked up so fast… means there is a greater chance of this fiscal stimulus getting passed,” Ipek Ozkardeskaya, senior analyst at Swissquote Bank, told the WSJ. “Even if the economy goes well, investors will still be asking for the Federal Reserve and the government to have their hands on the market.”