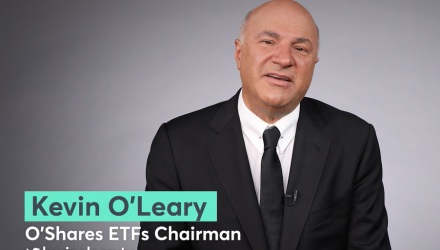 The lifespan of humans might be finite, but to Canadian businessman and television personality Kevin O’Leary, work ethic is infinite. On a CNBC “Make It” segment, the enigmatic “Shark Tank” judge pondered his own retirement and came up with a timeframe: never.

“So when am I retiring? Never,” O’Leary said.

O’Leary took apart the concept of FIRE–financial independence, retire early. It’s a common notion circulated among millennials where the sprint to millions or billions of dollars translates to an extended period of doing nothing.

To O’Leary, however, this is a misnomer.

“The idea of financial independence-retire early doesn’t work–let me tell you why,” O’Leary said, hearkening back to his 36-year-old self when he sold his first company and pondered the idea of resting on his laurels, which he eventually followed through on with a three-year hiatus.

“I retired for three years,” O’Leary said. “I was bored out of my mind.”

The FIRE concept has spawned various strategies promising millennials that workplace doldrums can be temporary. As long as they can endure the short-term pain, they can enjoy the fruits of the long-term gain, but to O’Leary, this is a foreign concept.