You are at:Home»Innovative ETFs Channel»‘JETS’ ETF Takes Off as Boeing Implements Fixes to 737 Max Planes 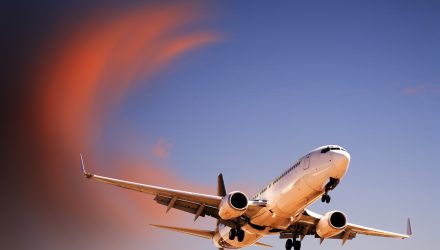 The US Global Jets ETF (NYSEArca: JETS) took off on Wednesday following the latest news that Boeing unveiled a bevy of fixes for its 737 Max planes, saying that the planes are now safer as a result of these latest changes.

“We’re working with customers and regulators around the world to restore faith in our industry and also to reaffirm our commitment to safety and to earning the trust for the flying public,” said Mike Sinnett, Boeing vice president.

The airline has been working feverishly to implement fixes following the crash of Ethiopian Airlines Flight 302, which occurred shortly after takeoff, taking the lives of all 157 people on board. It was the second deadly crash in a span of less than six months involving a 737 MAX 8, which is Boeing’s top-selling plane.

Last October, a 737 MAX 8 operated by Indonesian carrier Lion Air fell into the Java Sea just shortly after takeoff, taking all 189 lives on board. A number of countries and eventually the U.S. were quick to ground Boeing 737 MAX 8 planes with regard to safety concerns.

“We’re working with pilots and industry officials,” said Sinnett. “We have two hundred of them today in our Renton facility and we’ll be spending time with the today to explain the updates we’re making to the 737 max, to get their input and to earn their trust.”