You are at:Home»Innovative ETFs Channel»Is a Flight from Cryptocurrencies Sparking Inflows into QQQ? 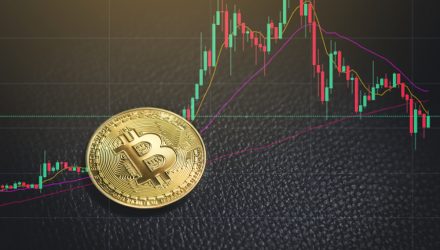 Is a Flight from Cryptocurrencies Sparking Inflows into QQQ?

A Bitcoin correction could be the impetus behind a flight from cryptocurrencies to ETFs like the Invesco QQQ Trust (QQQ).

The price of Bitcoin was up close to 120% before recently coming back down to earth. The leading cryptocurrency is still up close to 30% this year, however.

“In what’s becoming the modern-day equivalent of stockpiling cash when at a loss for where to invest — at least for the growing ranks of newbies who embrace a win-big-or-lose-big mentality — demand for exchange-traded funds that track large indexes like the S&P 500 and the tech-heavy Nasdaq 100 is soaring,” a Bloomberg article explained.

The composition and weighting of the securities portion of a portfolio deposit are also adjusted to conform to changes in the index. QQQ is praised for its liquidity, as well as its all-encompassing exposure to big names in big tech.

It stands to reason that a fund like QQQ is a relatively conservative play for fly-by-night crypto traders.

“Large inflows into ETFs usually indicate that retail investors have little conviction in specific themes or niches,” said Eric Liu, co-founder of Vanda Research. “And so they just pile into large index trackers for lack of a better alternative.”

Yet over the past weeks, the markets have been less steady, flip-flopping between green and red thanks to mounting inflation concerns.

“The U.S. stock market has been hit recently by growing inflation concerns which triggered massive selling of riskier stocks while cryptocurrencies like Bitcoin were whipsawed, with a basket of 37 so-called meme stocks tracked by Bloomberg struggling to pick up steam,” the article added.