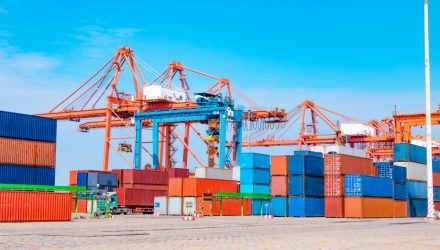 Investors Are Taking a Shine to Commodity ETFs

Investors are turning to commodities exchange traded funds to ride the rally in raw materials as the Russia-Ukraine war and Western sanctions disrupt global supplies.

For instance, the Invesco Optimum Yield Diversified Commodity Strategy No K-1 ETF (PDBC) has been a popular broad commodities play that provides exposure across a range of real assets, including crude oil, base metals, and gold, among others. PDBC was among the most popular ETF plays over the past week, attracting a little over $500 million in net inflows, according to ETF Database data.

Meanwhile, Federal Reserve Chairman Jerome Powell stated that interest rates could go up a quarter-percentage point at the central bank’s meeting in mid-March, adding to bets that the Fed won’t aggressively hike rates to curb inflation.

Consequently, with a moderate Fed approach and the surge in commodities prices, mutual funds and exchange-traded funds that track this market segment have attracted net inflows for the eighth consecutive week through Wednesday, according to data from Refinitiv Lipper, marking the longest consecutive weekly inflows since a 23-week run ended in June 2021. Additionally, inflows for the week ended March 2 stood at $867 million, a record high, according to data going back to 2011.

“Broad-based commodity exposures have performed strongly and continue to make sense as the conflict continues; ongoing and further escalation can and would likely lead to higher index levels still,” RBC analysts wrote in a recent note.

The latest Russia-Ukraine disruptions only add on to tight global supply for several commodities due to pandemic-induced supply chain obstacles, bad weather, and strong demand.

“People are looking for a way to get out of inflation’s impact, and commodities really look like a good hedge,” Hakan Kaya, commodity portfolio manager at Neuberger Berman, told the WSJ.

Commodity prices typically gain alongside rising inflation, and investors will use the asset class to hedge portfolios.

“This is the type of environment where commodities have proven their worth in terms of why they are in the portfolio in the first place,” Matt Stucky, senior portfolio manager at Northwestern Mutual Wealth Management Co., told the WSJ.