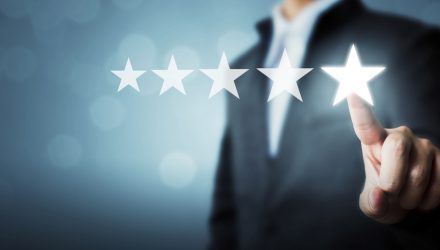 The Invesco Russell 1000 Dynamic Multifactor ETF (OMFL) just celebrated its third anniversary and moved into the top percentile since inception (and up 16% since inception), making the fund a 5-star ETF, per Morningstar.

ETF Trends spoke with Alessio de Longis, Senior Portfolio Manager and Head of Tactical Asset Allocation for Invesco Investment Solutions, and Nick Kalivas, Head of Factor & Core Product Strategy, ETFs & Indexed Strategies for Invesco, about OMFL’s outperformance and how the fund is positioned to capture performance in the current market, given how it has stayed in the recovery regime over the past six months, in addition to future possibilities.

As a reminder, OMFL is based on the Russell 1000 Invesco Dynamic Multifactor Index. The fund will invest at least 80% of its total assets in the securities that comprise the Index.

The index is constructed using a rules-based approach that re-weights securities of the Russell 1000 Index targeting their exposure to five factors – size, value, low volatility, quality, and momentum-based on regime changes in the economic cycle as reflected in four macro regimes, namely recovery, expansion, slowdown, and contraction. OMFL and the Index are reconstituted and rebalanced based on signal changes identified via economic and market sentiment indicators, as frequently as monthly.

“Our approach to asset allocation and factor allocation is centered on understanding where we are in the business cycle and anticipating where we’re likely to be in the medium term,” explains de Longis.

While factors tend to outperform over the long-term, they experience cyclicality in the medium term, resulting in large dispersion in performance between factors and potentially prolonged periods of underperformance in individual factors. The disappointing performance of value over the past decade is a vivid example in investors’ memory. Concerning how OMFL was born, de Longis explained how he and his colleague Mo Haghbin, Chief Commercial Officer and COO for Invesco Investment Solutions, believed there was an opportunity to try to take advantage of this cyclicality and provide an innovative, dynamic solution to factor investing. The key question was, “can we deploy our existing, time-tested asset allocation framework to allocate between factors dynamically?” de Longis explains. The answer was positive, and the approach was also used for OMFL’s sister fund, the Invesco Russell 2000 Dynamic Multifactor ETF (OMFS).

“Basically, it’s about repositioning across factors, based on the expectations of the prevailing economic regime, which is all handled through a systematic, rules-based approach.”

Ideally, these funds can help investors understand what is going on through their various pairings within different factors. Kalivas added, “OMFL and OMFS tend to add value when combined with other, broader market-based strategies for other factors.”

Looking at 2020 and how the COVID-19 pandemic, along with the recent election, have played a role in OMFL becoming the standout that it is, it is interesting to look at how the fund grew from the start of the year.

As de Longis explained, “The model identified a recovery regime during all Q4 of 2019, and in January of this year, tilting the strategy in favor of value and size. Our macroeconomic framework was detecting that economic growth was below trend in the U.S. but expected to accelerate.”

In February, once the pandemic became a major issue in Asia and Europe, and eventually the U.S., their model had detected a meaningful decline in market sentiment, which is their proxy for changing growth expectations. That moved the strategy from a recovery to a contraction regime, at a time when markets were still hitting all-time highs.

A Path Toward Recovery

The contraction regime led to a tilt towards momentum, low volatility, and quality – defensive factors – in early February. This lasted until May. By June, the strategy went back into a recovery regime, which has remained since.

Kalivas notes how one of the interesting things he saw during the contraction regime in the early part of the year was the robust performance amid the pandemic, providing less decline during the market sell-off and outperforming the market with the market rebound. Part of this had to do with how a fund like OMFL was able to capitalize on the timing and shift of the model in favor of quality and momentum stocks when mega-cap level names dominated the market.

De Longis adds, “On the other hand, the switch back to a recovery regime in June, favoring the size and value factors, suffered from the enduring dominance of mega-cap quality names during the summer when the strategy underperformed the market. We began to see a stabilization in September and a very sharp recovery in October-November with the rotation towards value, small and midcap equities. Critically, what really supported the recovery performance were the positive headlines on vaccine breakthroughs between October and November.”

Kalivas noted, “A lot of the outperformance that occurred more recently, really showed the richness of the factor exposure that is present. OMFL and the model’s recent performance highlighted the success of being positioned for a recovery in the economy and better economic conditions. That pushed the performance to a positive place in the year, relative to its benchmark,  and had a strong effect on its 3-year return.”

As a result, Morningstar awarded OMFL its 5-star rating.

“In addition to that, from a client perspective, it’s an indication that there are times when factor-investing can show some volatility or variance relevant to the broader benchmarks,” Kalivas stated.

“If you just let the factors do their thing, over time, they’re going to be additive in terms of generating value. And certainly, having a systematic approach to assessing when they are going to be in favor can also add a lot of value to an investor’s portfolio,” says Kalivas.