You are at:Home»Innovative ETFs Channel»Get El Salvador Exposure With This ETF After Country Legalizes Bitcoin 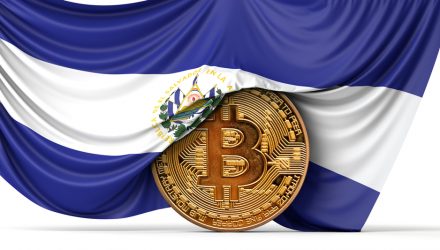 Get El Salvador Exposure With This ETF After Country Legalizes Bitcoin

El Salvador is set to make Bitcoin a legal form of currency, and ETF investors can get exposure to the country via its bonds through the Invesco Emerging Markets Sovereign Debt ETF (PCY).

As such, the leading cryptocurrency is generating activity within social media spheres. As investors witnessed with the Gamestop stock debacle, social media can profoundly influence the markets.

Other market experts confirmed the move, including the forex website Dailyfx.com.

“There is also increased chatter about a supposedly planned ‘Bitcoin day’ or ‘Bitcoin earthquake’ due to happen on Tuesday the 7th as El Salvador adopts the digital currency as legal tender,” said analyst Daniela Hathorn at Dailyfx.com. “So far, the online forums are suggesting a worldwide increase of $30 in every holder’s BTC stake in what is being considered as a move of solidarity with Salvadorans, which seems slightly confusing as to how it would help. But anyway, leaving the technicalities aside, this may be a ‘buy the rumor, sell the fact’ situation, and so I would be looking out for any crypto volatility leading up to the event, with a slightly negative bias in the short term.”

Playing the Move With Government Debt

Rather than risk the volatility of movements within equities, another way to play the move is via El Salvador’s debt issues. The ETF’s vast array of debt holdings include El Salvador’s government debt.

PCY is based on the DBIQ Emerging Market USD Liquid Balanced Index. The Fund will normally invest at least 80% of its total assets in securities that comprise the Index.

The Index tracks the potential returns of a theoretical portfolio of liquid emerging markets US dollar-denominated government bonds issued by more than 20 emerging-market countries. The countries in the Index are selected annually pursuant to a proprietary index methodology, and the fund and the index are rebalanced and reconstituted quarterly.