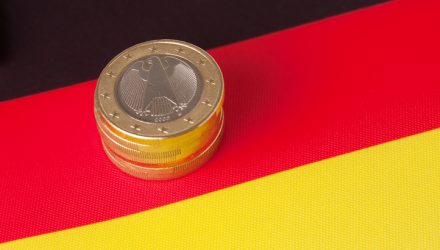 “This is huge news from a European perspective,” Brad McMillan, chief investment officer of Commonwealth Financial Network, told Reuters. “One of the major constraints on ECB action has been the German position and for this to change domestically certainly is going to help.”

The optimistic outlook for Europe also came after China’s state planner revealed plans to raise disposable income this year and in 2020 to spur consumption in face of a slowing economy.

Meanwhile, investors remained hopeful that the Federal Reserve will continue to cut interest rates to prop up a flagging economic outlook.

The reassurance of extra stimulus from around the world helped buoy markets that were pummeled this week and were on pace for a modest weekly decline after disappointing data from Germany and China fueled fears of a global slowdown. Many investors ditched riskier stocks for the safety of government bonds, pushing yields on 30-year Treasury notes to record lows this week.

Further adding to the positive sentiment, Thursday’s retail sale data helped strengthen the outlook for American consumer spending, which help account for about 70% of the U.S. economy, despite the number of growing global headwinds that could have weighed on consumer confidence.

“The volatility makes a difficult investing environment,” Justin Wiggs, managing director of equity trading at Stifel Nicolaus, told the Wall Street Journal. “It seems to be equal parts people feeling they need to be in motion and people feeling paralyzed.”