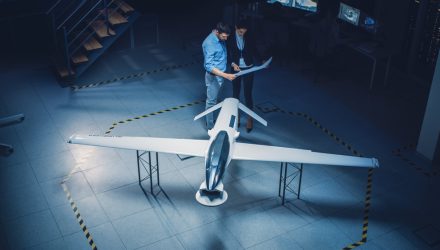 Aerospace and defense ETFs, like the Invesco Aerospace & Defense ETF (PPA), have continued to strengthen this year as broader markets have struggled.

Defense stocks surged early in the year as geopolitical tensions between Russia and Ukraine intensified, prompting investors to look to defense ETFs. Since the beginning of the Russia-Ukraine war on February 24, PPA has taken in $1 billion in net inflows, according to ETF Database. Incepted in 2005, PPA has $1.7 billion in assets under management.

“Demand for aerospace and defense ETFs were strong in March and April as the invasion of Ukraine occurred but PPA has experienced consistent flows in the second half of 2022, which is a sign that the industry-focused fund has a long-term role in a broader portfolio,” Todd Rosenbluth, head of research at VettaFi, said.

The significant inflows into PPA have been coupled with strong performance. Year to date through December 12, PPA has returned 9.5% while the S&P 500 has declined -15%, each on a total return basis. As equities have struggled in the past month, PPA has climbed 1.2% while the S&P 500 has remained relatively flat at 0.1%, according to YCharts.

PPA tracks the SPADE Defense Index, investing in defense stocks spanning all market caps. These companies are involved in the development, manufacturing, operations, and support of U.S. defense, homeland security, and aerospace operations. The fund and the index are rebalanced and reconstituted quarterly, according to Invesco.