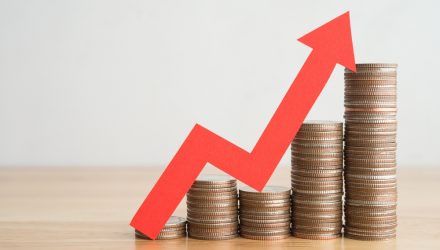 Even as Markets Rebound, Investors Look to SPLV and SPHD for Low Volatility

Even as markets rebounded in July, investors still favored low-volatility funds in anticipation of more market disruptions ahead.

Equities — and particularly the growthiest segments of the market — staged a recovery rally last month despite data showing increasing headwinds for the U.S. economy, including GDP decline for the second consecutive quarter, persistently high inflation, and slowing earnings growth. Wary that July’s performance was just a dead cat bounce in a bear market and not the start of a new bull run, investors are still seeking protection with low-volatility ETFs.

SPLV and SPHD, which have $10.9 billion and $4.7 billion in assets under management, took in $935 million and $803 million in net inflows last month, respectively, according to VettaFi.

SPLV tracks an index consisting of some of the largest U.S.-domiciled companies. As a result, investors should think of this as a play on mega- and large-cap stocks in the U.S. market. These securities are usually known as “blue chips” and are some of the most famous and profitable companies in the country, including well-known names such as ExxonMobil, Apple, IBM, and GE. The fund is probably one of the safest in the equity world, as the companies on this list are very unlikely to go under unless there is an apocalyptic event in the economy, according to VettaFi.

The fund is an ideal choice for investors seeking lower-volatility securities, positioning their portfolios for a bear market. The fund will likely outperform in a bear market and underperform broad markets in a bull market, making it a way to bet on the economic growth prospects of the country as well, according to VettaFi.

SPHD tracks an index that tries to pick those S&P 500 stocks that deliver the highest dividends with the least turbulence, according to VettaFi.

In order to achieve this goal, SPHD tends to be heavy on utility stocks and light on fast-growing tech companies. SPHD imposes guardrails that prevent a single sector from dominating the portfolio, with each sector limited to 10 stocks and 25% of the portfolio at rebalance. Between rebalances, better-performing sectors can become a bigger slice of the pie, according to VettaFi.