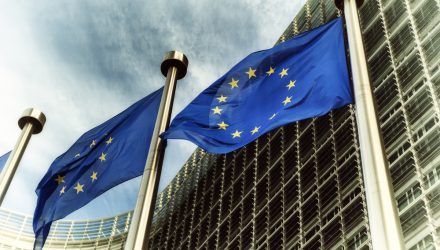 In comparison, the Invesco DB US Dollar Bullish (UUP) declined 1.0% on Thursday.

The Swiss National Bank and the National Bank of Hungary both surprised markets with big upward rate hikes, following their U.S. counterpart’s, the Federal Reserve, increased rates by the most in almost three decades, Reuters reported.

The biggest moves came from Switzerland where the SNB raised its policy rate to -0.25% from the -0.75%, a step so drastic that not a single economist polled by Reuters had even considered it. The move may also not be its last, with some economists now predicting the bank could step out of the negative territory this year.

“The new inflation forecast shows that further increases in the policy rate may be necessary in the foreseeable future,” SNB chairman Thomas Jordan told a news conference.

Meanwhile, the Bank of England lifted borrowing costs by a quarter point that the markets had previously expected. This was the fifth time that the BoE hiked rates since December, and the British benchmark rate is now at its highest since January 2009.

The various actions also come just a day after the European Central Bank agreed to contain borrowing costs in the bloc’s south to pave the way for rate rises in both July and September.

“We are in a new era for central banks, where lowering inflation is their only objective, even at the expense of financial stability and growth,” George Lagarias, chief economist at Mazars Wealth Management told Reuters.

“Central bankers are teetering along a tightrope, with the biggest concern that raising rates too quickly could tip economies into recession,” Maike Currie, investment director for personal investing at Fidelity International told Reuters.