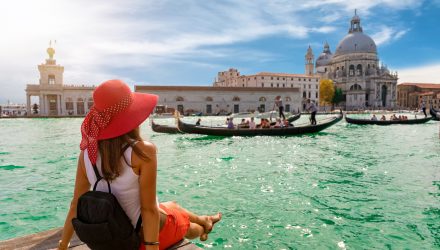 European banks and financial sector-related ETFs have been underperforming as a slew of negative factors keeps pressure on the beleaguered market segment.

Weighing on Europe’s financial sector, the plunging yields have dragged rates on some government bonds back into negative territory, there is rising concerns over a slowing economy and a money laundering scandal has driven compliance costs higher, the Wall Street Journal reports.

Consequently, the Euro Stoxx banks index has fallen behind the broader market, advancing less than 5% this year, compared to the nearly 11% gain for the broader Eurostoxx 600 benchmark index. Furthermore, European banks now trade for 70% of their book value, down from above 100% in early 2018 and far below that of their U.S. peers.

“The sector is a value trap now,” Fabio di Giansante, head of large-cap European equity at Amundi, told the WSJ. Even though valuations are at “almost unprecedented levels” compared with the broader European markets, economic troubles and low rates will keep pressure on bank shares.