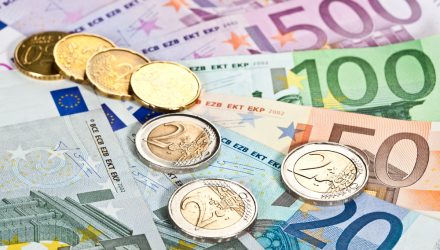 Meanwhile, the euro currency was trading around $1.02297.

“The case for a 50 basis point rate rise has been there for a while and arguably the ECB should have done it long ago,” Frederik Ducrozet, head of macroeconomic research at Pictet Wealth Management, told the Financial Times. “But it is not the decision itself that would be a problem but the timing of it and the way it has been communicated.”

ECB policymakers are expected to reveal a deal to also help more indebted European Union member countries like Italy on the bond market to mitigate the pressure from higher borrowing costs. The proposal will require the countries to stick to European Commission rules on reforms and budget discipline, sources familiar with the matter told Reuters.

The ECB will execute its first rate hike in over a decade on Thursday against a difficult backdrop that has been worsened by the war in Ukraine and the subsequent energy crisis. Policymakers have a difficult outlook in trying to balance policy changes while economic growth has slowed and political risks in Italy have kept markets on edge.

The risk of recession is high, as the region is at the mercy of Russia’s energy supplies with Moscow threatening to cut off flows in what many call a retaliation to Western sanctions on the country’s energy industry in response to the invasion in Ukraine.

“The trade off the ECB is facing is more severe than any of the other major central banks,” Silvia Ardagna, head of European economics research at Barclays, told Reuters.