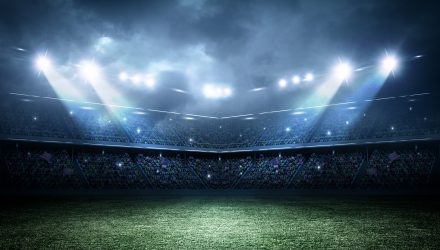 Per a CNBC report, SoFi will “become an official partner of both LA football teams, as well as a partner of the performance venue and surrounding entertainment district. SoFi did not disclose how much it paid for the naming rights, but Venues Now and Fox Business, which reported earlier this year that a deal was in discussion, said it was a $400 million price tag.”

SoFi CEO and former CFO of the National Football League (NFL) Anthony Noto said this move with be a game-changer in terms of reaching a wider audience.

“This is a giant leap toward achieving our company’s mission of helping people get their money right by reaching our members where they are,” said Noto. “This partnership is the perfect opportunity to drive awareness and trust in the SoFi brand as we continue to grow and reach members on a national level.”

For Los Angeles Rams owner Stan Kroenke, the partnership with SoFi was befitting given his needs.

“It was critical for us to find a tech-focused partner who is on the cutting edge and genuinely understands the needs of all of our constituents and who challenges us to think in creative ways to make every visitor to SoFi Stadium and Hollywood Park feel special and at home,” Kroenke said in the press release.

Many of these gig economy companies are early in their lifecycle and are relatively inexpensive when considering the strong expected future growth. GIGE’s portfolio also includes gig economy IPOs or those that have recently gone public. The constant updates help the portfolio gain exposure to shifting work and consumer habits or diversify away from any single industry.