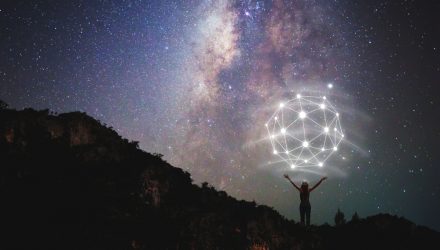 Exchange traded fund investors who are looking for growth opportunities should consider what it means to invest in innovation and how those investments will be impacted by changes in policy.

In the recent webcast, Election Reaction: The Innovation Economy, Brian Levitt, Global Market Strategist, Invesco, helped outline what to expect from the markets that are trying to digest the Election Day results. The U.S. economy has been running at or below trend for over a decade. Meanwhile, the coronavirus pandemic and shutdown have dragged the economy down below trend. The economic disappointment has led to political volatility as the electorate consistently voted for change.

Levitt noted that contested election results may trigger market volatility but it is unlikely to affect the long-term trajectory of the economy and financial markets. While we may draw similarities to previous election years, the economic environment is vastly differently. We are currently in the midst of a new business cycle as the economy recovers, with copious amounts of both fiscal and monetary stimulus measures to support growth.

Investors should also keep in mind that markets have performed well under both parties in the Oval Office. Levitt pointed out that the S&P 500 Index delivered an average annual return of approximately 11% over the past 75 years, through both Democratic and Republican administrations, and the U.S. economy also expanded around 3.0% during that period.

For example, when comparing the years under Ronald Reagan with those of Barack Obama, we find that both of their starting points were similar and cumulative price returns in the S&P 500 were also comparable. They both became presidents in recessions. Equities were historically cheap. Federal Reserve policy was designed to restore health to economy. They were also both the beneficiaries of favorable demographic trends.

“The best-performing portfolio over the past 120 years was one that stayed fully invested through both Democratic and Republican administrations,” Levitt said.

We may find ourselves with a Democratic president and a divided Congress, but this does not necessarily mean anything for markets. Stock markets have historically performed best with a divided government, but it is not statistically significant based on historical data since stock markets have generated outsized returns under single-party governments as well.

Instead, investors should focus more on the accommodative policies, which should drive further market returns.

“For all the focus put on the executive branch, we would argue that it is monetary policy that matters more. The old adage holds true: Don’t fight the Fed,” Levitt said.

“Currently, the Fed is providing policy support but does not intend to cut rates meaningfully. As a result, we would expect the current environment to remain relatively benign for stocks and the yield curve to keep steepening modestly,” he added.

Investors should also keep in mind that investing purely on politics has not historically proven to be a good play. For instance, many market strategists viewed Donald Trump’s election victory in 2016 as favoring the financials and energy sectors. While these sectors led the market in the month after the election, they trailed significantly in the subsequent four years. Meanwhile, renewable energy outperformed traditional energy under the Trump administration.

As Joe Biden comes to office, many fear an inevitable tax hike. However, Levitt argued that tax increases historically have not derailed markets. U.S. equity markets, as represented by the S&P 500 Index, performed well in the fifteen months that included the year before the signings of both the Tax Reform Act of 1986 and American Taxpayer Relief Act of 2012 through the three months after the signing.

The U.S. also has more room to expand fiscal stimulus as the U.S. Federal government is not a bad credit risk, despite its $25 trillion in liabilities. Levitt noted that the U.S. has far more assets than is commonly realized. If all the land, buildings and natural resources of the U.S. economy were combined, the country would have more than $200 trillion in assets

“Investors should be less interested in politics and far more interested in the business leaders who are going to harness the powers of artificial intelligence and robotics, create the next generation of life sciences that will cure our most debilitating diseases, address the COVID crisis, continue to evolve the nation’s energy sources, and develop new technologies and new industries that aren’t even yet on our radar,” Levitt said.

For example, John Feyerer, Sr. Director of Equity, ETF Product Strategy, Invesco, pointed out that 64 companies in the Nasdaq-100 filed at least 1 patent relating to 3D Graphics in the 12-month period ended May 2020 and collectively filed 49.0% of all such patents. Other patents include innovation and R&D in areas like natural language processing, cloud computing, virtual reality, big data, cyber security, deep learning, robotics, mobile payments, and more. About 38 companies in the Nasdaq Next-Gen 100 filed at least 1 patent relating to 26 sub-themes identified as Disruptive Technologies. For Nanorobotics, the trailing 12 months of patent activity comprised 10% of all patents filed for this technology by all companies in the Nasdaq Global Index.

The popularly watched Invesco QQQ Trust (NASDAQ: QQQ), which tracks the Nasdaq-100, 100 of the largest domestic and international nonfinancial companies listed on the Nasdaq Stock Market, has been the go-to play to access some of the largest innovative companies in the U.S. markets.

Short-term investors who prioritize liquidity could still find the attributes of QQQ most appropriate; however, longer-term “buy-and-hold” investors may be more focused on cost-savings and prefer the Invesco NASDAQ 100 ETF (QQQM), which costs 5 basis points less than QQQ.

Additionally, both longer- and shorter-term investors looking for exposure to the next generation of innovative companies to be listed on the Nasdaq may opt for the Invesco NASDAQ Next Gen 100 ETF (QQQJ). QQQJ extends this concept further by offering access to the “next 100” non-financial companies listed on the Nasdaq, outside of the NASDAQ-100 Index, offering a mid-cap alternative to the NASDAQ-100.

The combined QQQ-related offerings are part of Invesco’s new Innovation Suite. By providing different investment structures and different exposures, the Invesco QQQ Innovation Suite acts as a “one stop shop” for the NASDAQ-100 companies, plus exposure to the next 100 up-and-coming innovators. This expansion will ultimately enable investors to tilt their investment exposure towards the attributes – including varying investment time horizons, share price, or liquidity needs – they most value for their investment goals.

Financial advisors who are interested in learning more about innovative market opportunities can watch the webcast here on demand.