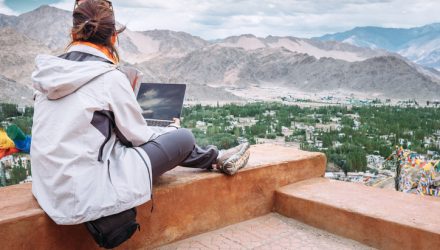 An ETF to Capitalize on Changing Consumer Habits in Developing Economies

A shift in consumer habits among the growing middle-income class within the developing world is creating an opportunity for investors to capitalize on this shift through a targeted ETF strategy.

“Just as our consumption is changing because of the smartphone, it’s changing there but it’s even more powerful in the developing world because they’ve never had traditional consumption infrastructure,” Kevin Carter, founder of EMQQ, said. “So, EMQQ is really, I believe, the tip of the spear in terms of where growth is globally. 85% of the world’s people getting the first computer in the form of a smartphone, getting their first internet access, and then doing everything online.”

The emerging and developing markets and middle-income consumers in these countries will take on a greater role. According to McKinsey & Co. projections, there will be an expected 4.2 billion people among the consuming class by 2025, and the emerging markets will make up $30 trillion in consumption while developed markets will make up $34 trillion. In contrast, emerging market consumers made up $12 trillion back in 2010.

The growing reliance on smartphones could also be a potential game changer in consumption patterns, especially in the emerging economies. Specifically, the rising trend of e-commerce and online shopping through smart devices in an increasingly digital age. The rise of e-commerce has also paralleled the increased adoption of smartphone usage or the declining costs of smartphone devices.

Due to the still early adoption of these smart devices and early internet penetration among developing economies, there is still a lot of room to grow as more consumers gain access to online retailers. For example, while 70% of U.S. citizens have access to smartphones, Chinese smartphone users make up about 55% of its overall population and India’s smartphone users only make up 22% of its population. Furthermore, while 89% of the U.S. population has access to the internet, only 25% of India and 55% of China have access to the internet.