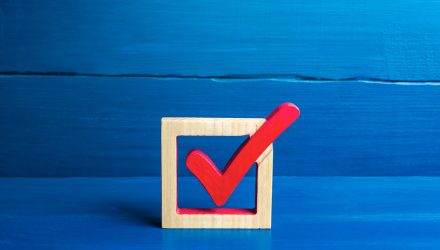 Election Results Not All Bad News for PBW and PBD

Renewable energy and clean technology stocks are, in financial market terms, somewhat young assets, but relative youth hasn’t prevented these stocks and ETFs from developing a reputation for political sensitivity. As such, going into Election Day, it was reasonable to expect that a “red wave” could be damaging to ETFs such as the Invesco WilderHill Clean Energy ETF (PBW) and the Invesco Global Clean Energy ETF (PBD).

Indeed, both ETFs slumped on Wednesday, but that was the result of a broader market slide caused by some lingering uncertainty regarding election results. Entering Wednesday’s trading session, results of four Senate and dozens of House races weren’t yet known. Over the course of the trading session, markets absorbed news of a clear Senate winner in Wisconsin and news that the Georgia contest is heading to runoff. Overall, things could have been much worse for ETFs like PBD and PBW.

Prior to Election Day, the prevailing wisdom held that Republicans could make substantial gains in either or both chambers of Congress. In reality, the gains proved modest, potentially providing jittery renewable energy investors with reasons to stay the course.

“Heading into Tuesday’s election, some analysts had expected that Republicans might try to slow the implementation of the landmark Inflation Reduction Act, an expansive climate, healthcare, and tax package, if they managed to flip Congress. Meanwhile some top executives say clean energy is becoming increasingly bipartisan,” according to Barron’s.

Regarding the Inflation Reduction Act, much of Republicans’ opposition to that bill pertained to concerns about more government spending at a time when the Consumer Price Index (CPI) resides at 40-year highs and that the legislation was loaded with pork with little or new relevance to renewable energy.

In fact, in what may surprise some investors, Republicans actually have a conservative climate caucus in Congress. That could be a sign there’s more bipartisan support for renewable energy and decarbonization than meets the eye, and that could be a positive for investors considering PBD and PBW.