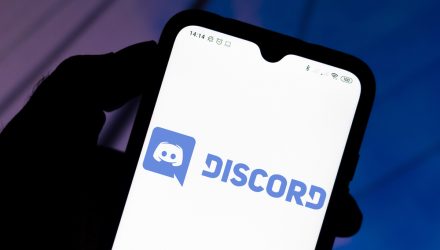 Could Microsoft Buy Discord? Watch This ETF as It All Unfolds

In an effort to expand its market share in the gaming space, Microsoft is in talks with videogame chat community platform Discord regarding a $10 billion purchase. One ETF to keep an eye on as this unfolds is the Invesco Select Growth ETF (IVSG).

IVSG is noteworthy with Microsoft being its top holding at a sizable 11%.

The actively managed IVSG seeks long-term capital appreciation by investing primarily in exchange-traded common stocks of U.S. companies that the sub-advisor believes have potential for earnings or revenue growth.

While the rumored purchase is exactly that, a rumor, ETF investors can still use the fund as an indirect play on Microsoft without putting all their capital in the one stock.

“Discord has been talking to potential buyers and software giant Microsoft is in the running, but no deal is imminent, said the people, who asked not to be identified because the discussions are private,” a Bloomberg article said. “Discord is more likely to go public than sell itself, one person said. Representatives for Microsoft and Discord declined to comment. VentureBeat reported earlier on Monday that Discord was engaged in sales talks.”

Banking on Growth in ‘The Reopening’

While the current narrative in the capital markets revolves around a value comeback, growth is still a necessary factor when it comes to banking on ‘the reopening’ trade. As more companies start to open their doors again, the notion is that growth-oriented companies will be less utilized, but that may be off base when considering the long-term investment horizon.

“But a total abandonment of growth stocks seems premature,” an Investorplace article said. “Long-term trends are still moving toward renewable energy, IT applications and innovative biotech; a large coronavirus package will not derail this broad movement. Instead, 2021 will see a shift in which tech companies win and lose.”