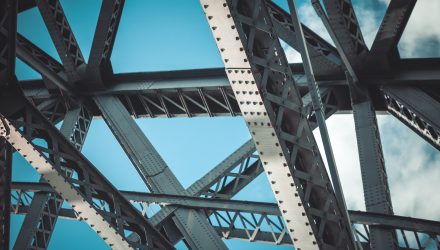 U.S. markets and stock ETFs strengthened Friday and were on pace to end the quarter with one of their best gains in almost a decade as inflationary pressures remain muted and trade negotiations between the U.S. and China progress.

The equities market have more or less recouped most of the losses suffered toward the end of 2018 as global central banks signaled a willingness to delay rate hikes, the Wall Street Journal reports.

In the U.S., with inflation muted and growth outlook uncertain, the Federal Reserve has taken a more patient stance on its monetary policy and refrained from further hiking interest rates. Over the past year, inflation has failed to consistently hold above the Fed’s 2% target, assuaging investors whom feared continued rate hikes would affect corporate profits ahead.

“Central bankers are finally catching up with not just the economic data, but also the expectations” of investors, Mike Ryan, chief investment officer Americas at UBS Global Wealth Management, told the WSJ, adding that this is a reversal from the fourth quarter, when many feared the Fed would continue raising rates in 2019, which would have tipped a slowing economy into a downturn.

A Chinese delegation will also go over to Washington next week for another round of talks.

“The conclusion of U.S.-China trade talks on the surface, is being taken as a positive step toward a meaningful deal,” Peter Cecchini, managing director and chief market strategist at Cantor Fitzgerald, told Reuters.