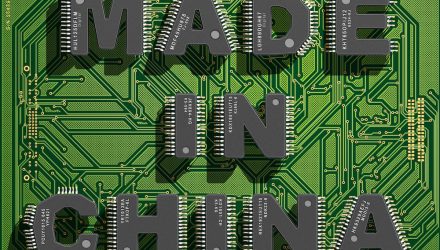 As China faces the prospect of losing access to American technology, such as semiconductors, the nation is stepping up its own chip game with more resources thrown to help develop the sector. While experts are saying that the U.S. is years ahead of China in terms of chip technology, it could put the hurt on the U.S. if China does catch up.

Presently, 16 percent of the semiconductors used in China are produced domestically–half of which are actually made by Chinese firms, according to a report by the Center for Strategic and International Studies. This reliance on American semiconductor technology shows that there’s still much work to do for China to shore up its own chip sector.

However, the second largest economy does have the resources to improve the design and manufacturing process for its own chips. That, of course, wouldn’t bode well for the U.S. chip sector if China is able to follow through and achieve total reliance domestically.

“I expect the current tension between the U.S. and China will only invigorate the spending in China on technology including software over the next five years,” said Mario Morales, program vice president for enabling technologies and semiconductors at IDC.

The semiconductor sector can certainly lay blame on the recent trade war news. China responded to the latest tariff threats by U.S. President Donald Trump by promising to take “necessary countermeasures” if the Trump administration followed through on its threat to increase tariffs on Chinese goods, which it did.

“Undoubtedly the semiconductor industry is a key factor underlying the US-China trade war,” wrote Rodney Chan of DIGITIMES. “However, when we try to understand the strength and progress of China’s semiconductor industry, we discover that all the figures seem connected and yet cannot be compared directly.

“The production value of the wafer manufacturing industry should not be combined with that of IC design, as the two sectors have completely different business structures. Reading the semiconductor industry’s figures is like viewing a country’s budget plan, both filled with hidden, curious and unanswerable parts.”

SMH seeks to replicate as closely as possible, before fees and expenses, the price and yield performance of the MVIS® US Listed Semiconductor 25 Index. The fund normally invests at least 80% of its total assets in securities that comprise the fund’s benchmark index. The index includes common stocks and depositary receipts of U.S. exchange-listed companies in the semiconductor sector. Such companies may include medium-capitalization companies and foreign companies that are listed on a U.S. exchange.