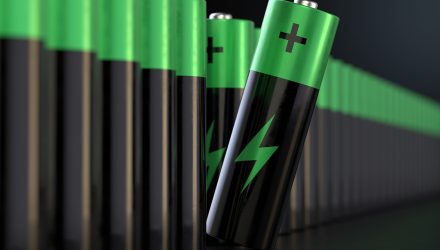 Lithium prices will weigh heavily on China’s demand for the commodity, which will no doubt influence the movements of the Global X Lithium & Battery Tech ETF (NYSEArca: LIT). However, one of lithium’s biggest players just recently experienced a setback.

“US lithium giant Albemarle Corporation has suspended one of its joint ventures due to continuous trying conditions for the commodity,” a West Australian report said. “The company, which holds 49 per cent of the joint venture Talison Lithium project in Greenbushes, last week told investors lithium prices remained under pressure, mostly due to a pause in demand in China.”

“The company believes the sector’s trying conditions could last another 18 months,” the report added. “Last week the company announced it would suspend its Wodgina lithium joint venture with Mineral Resources until market conditions supported production.”

Exactly how Much of a Market Mover is China?

“According to an analysis by BloombergNEF, in early 2019 there were 316 gigawatt-hours (GWh) of global lithium cell manufacturing capacity,” a Forbes report noted. “China is home to 73% of this capacity, followed by the U.S., far behind in second place with 12% of global capacity.”

Currently, market analysts are wary of lessening demand so supply will play a key role in what lithium prices do moving forward.

“Our long-term view for global EV (market) growth remains intact so our focus is on supply and inventory that is in the channel,” Albemarle lithium president Eric Norris said. “The new supply coming on will not exceed the demand growth, so the question is how much is still in inventory?”

“There is probably at least six months of product in inventory, maybe more, so you’re probably two to three times the inventory you should have, and that’s the drag on prices now and we see that having an effect into 2020,” Norris added.

Investors sensing an opportunity to buy the dip in lithium prices can look at LIT. LIT, which is nearly nine years old, tracks the Solactive Global Lithium Index.

The underlying index is designed to measure broad-based equity market performance of global companies involved in the lithium industry. One of the oldest thematic ETFs, LIT is designed to provide exposure to “the full lithium cycle, from mining and refining the metal, through battery production,” according to Global X.