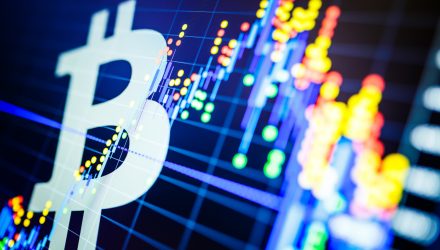 Can Cryptocurrencies Function as a Safe Haven in a Recession?

The bond markets are flashing a recession signal with the latest inverted yield curve, but the question remains: can cryptocurrencies serve as a safe haven if and when a recession does in fact appear?

“It’s hard to know how cryptocurrencies will perform in the event of a recession — it could go either way,” said Lars Seier Christensen, Chairman of Concordium, the next-generation, decentralized world computer and the first with ID-verification built-in at the protocol level. “While there may be a certain safe haven effect in bitcoin, it may also suffer as investors adopt a risk-off approach, and other cryptocurrencies without the enthusiastic followers that bitcoin has may be most vulnerable to a risk-off approach.”

“In general, I think bitcoin is a non-correlated, volatile asset driven by die-hard maximalists and often manipulative, two-way players,” Christensen added. “Bitcoin movements are close to random and I think there is little predictive value to be found in the general economic conditions.”

The Federal Reserve already factored tail risks in the economy with the most recent rate cut of 25 basis points. Its future rate policies could also affect the performance of cryptoassets like Bitcoin.

“Whether Bitcoin performs in a recession will be heavily dependent on the reaction function of Central Banks,” said Iain Wilson, Advisor to NEM Ventures, the venture capital and investments arm of the NEM blockchain ecosystem. “The consumers’ experience to date of zero/negative interest rates has tended to be from higher asset price inflation (stocks, houses and government bonds), rather than an explicit negative cost to their savings. With many developed countries failing to normalise rates post the financial crisis, we now potentially face entering a Global recession with very limited room to cut nominal interest rates.”

“Consumers face the prospect of Central Banks applying aggressive monetary easing with explicit costs to holding cash deposits in banks and restriction of high value banknotes in circulation,” Wilson added. “Assets such as Gold, which has traditionally been held by large investors as an uncorrelated asset hedge, are harder to access as an individual and lack portability. Hence we see this economic environment as being highly positive for digitally scarce crypto assets.”

Bitcoin has been mentioned as an alternative to gold with the moniker, “digital gold.” Does this nickname hold up?

“Scarcity is not enough to be digital gold, despite popular belief,” said Kevin Sekniqi, Co-Founder and Chief Protocol Architect, and Amani Moin, Chief Protocol Architect (Cryptoeconomics) at AVA Labs. “Empirically, at least, Bitcoin does not appear to be a safe haven during times of economic turmoil. This could change as public opinion shifts, but the current data does not support the narrative. Simply put, BTC returns do not meaningfully correlate with any indicators of downturns.”