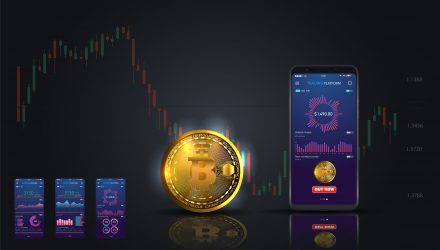 Bitcoin ETF Rejection Under Further Review by the SEC

In what would be the Securities Exchange Commission’s (SEC’s) version of a play review in the National Football Association (NFL), the regulatory agency is taking a closer look at its recent rejection of a Bitcoin ETF proposal by Bitwise Asset Management.

Based on a notice published in the Federal Register, five SEC commissioners will be taking a look at the rejection that was originally written by the agency’s Division of Trading and Markets on Oct. 9. The recent review proposal, dated Nov. 18, will address a letter from the SEC’s commissioners dated Oct. 15.

Per a CoinDesk report, Bitwise Asset Management’s global head of research Matt Hougan did not request the review. Last month’s rejection is just the latest in a string of Bitcoin ETF offerings that have been trying to penetrate the capital markets.

“I think [SEC Chairman Jay Clayton] has spoken publicly about the ETF applications and … he’s made it clear at least from the top that the market has to mature a little bit before there’ll be an approval,” GraniteShares CEO Will Rhind told CoinDesk.

Getting any type of cryptocurrency-related project past the SEC has been more than an uphill climb. Facebook CEO Mark Zuckerberg is all too familiar with the struggle as the social media giant Facebook facing numerous obstacles trying to launch its own cryptocurrency project, dubbed “Lira,” in the U.S.

Nonetheless, beta testing for the project is full speed ahead per a recent blog post:

“It’s been just five months since we announced the Libra project on June 18, 2019, and nearly a month since the Libra Association charter was signed by its members in Geneva. We’ve been working diligently to build the global community of developers and the technical infrastructure needed to support it. Here are a few highlights of what we’ve been working on: