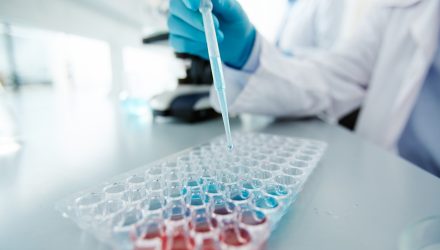 The decision to block the Trump administration’s rule to require drugmakers to disclose their products’ prices on TV ads will help pharmaceutical and biotechnology companies avoid some of the short-term costs that had weighed on those stocks in recent months, the Wall Street Journal reports.

The rule would have required drugmakers to list prices included on direct-to-consumer TV ads for most prescription drugs covered by Medicare and Medicaid. The new drug rule was completed in May and was set to take effect Tuesday before being blocked by a U.S. judge. Drugmakers argued the disclosure would confuse consumers into thinking they would have to pay more than they actually would for medications through their health insurance providers.

Furthermore, Holz beloved that investors are positioning for the likelihood of pharmaceutical companies reporting solid second-quarter earnings ahead.

According to FactSet data, S&P 500 health-care stocks, which include biotech and pharma names, were expected to grow second-quarter earnings by 2.1% year-over-year, the second-best sector projections of the broad index’s 11 sectors.

FactSet data also showed that health care stocks exhibited some of the market’s most attractive valuations, which could also be attracting bargain hunters. The S&P 500’s health-care sector is currently hovering around 15.5 times earnings over the next 12 months, lower than nine other sectors except for financial stocks.