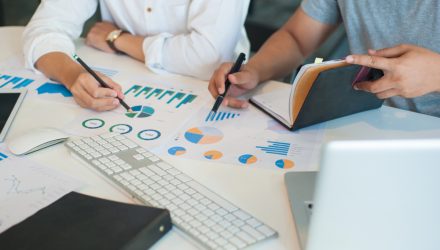 As Volatility Increases, Protect Your Portfolio With SPLV

After the Fed’s decision on Wednesday to raise interest rates by 75 basis points, stocks fell, then rose, then fell again, with the S&P 500 finishing the day down 1.7%.

“The market’s immediate reaction was to be expected, given the hawkishness of the dot plot. If you were to compare this rate hike cycle to previous rate hike cycles going back to 1983, the Fed has never raised rates this much in this short of a time period,” Kristina Hooper, chief global market strategist at Invesco, wrote in a September 22 insight. “I believe it is becoming increasingly difficult for the U.S. to avoid recession given the Fed’s ‘forceful and rapid’ rate hikes.”

As near-term volatility is expected to increase, the Invesco S&P 500 Low Volatility ETF (SPLV) is a useful tool for achieving more stability in portfolios to avoid big daily moves.

SPLV will likely outperform in a bear market and underperform in broad markets in a bull market, making it a way to bet on the economic growth prospects of the country.

SPLV is based on the S&P 500 Low Volatility Index, which consists of the 100 securities from the S&P 500 Index with the lowest realized volatility over the past 12 months. Volatility is a statistical measurement of the magnitude of up and down asset price fluctuations over time. SPLV invests at least 90% of its total assets in the securities that comprise the index.

Investors should think of SPLV as a play on mega- and large-cap stocks in the U.S. market, according to VettaFi. These securities are usually known as “blue-chips” and are some of the most famous and profitable companies in the country, including well-known names such as ExxonMobil, Apple, IBM, and GE.

The fund is one of the safer options in the equity world, as the companies on this list are very unlikely to go under unless there is an apocalyptic event in the economy, according to VettaFi. On the other hand, however, the securities in SPLV are unlikely to grow very much either, as they are already pretty large and have probably seen their fastest growing days in years past — but most do pay out solid dividends.