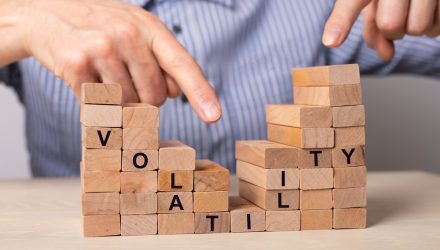 As Volatility Increases, Look to SPLV

The Cboe Volatility Index (VIX) hit 23.23 on Monday as all major indexes were down. If the VIX were to close at 23.23, that would be the index’s highest closing level in nearly three weeks, according to the Wall Street Journal.

The VIX is a popular measure of the stock market’s expectation of volatility based on the S&P 500 index options. After a lull following the market bottoming on June 16, it’s starting to show signs of life following Thursday’s month-end options expiry, which many strategists said could lead to a resurgence in volatility, the Wall Street Journal reported.

Investors looking to hedge against volatility should consider the Invesco S&P 500 Low Volatility ETF (SPLV). This ETF tracks an index consisting of some of the largest U.S.-domiciled companies. As a result, investors should think of this as a play on mega and large-cap stocks in the U.S. market. These securities are usually known as “Blue Chips” and are some of the most famous and profitable companies in the country, including well-known names such as ExxonMobil, Apple, IBM, and GE.

According to VettaFi, SPLV is one of the safest in the equity world as the companies included in the portfolio are very unlikely to go under unless there is an apocalyptic event in the economy. On the contrary, these securities are unlikely to see rapid growth as they are already large and have probably seen their quickest growing days in years past, but investors are rewarded with large payouts in the form of dividends.

The fund is an ideal choice for investors looking for more stability in their portfolios without big daily moves. Additionally, SPLV will likely outperform in a bear market and underperform broad markets in a bull market, making it a way to bet on the economic growth prospects of the country.