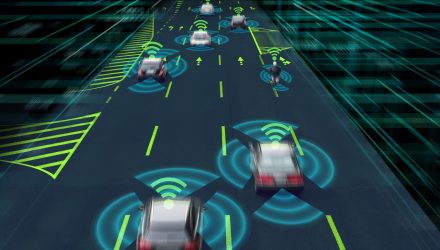 Apple has officially entered the nascent, but soon-to-be competitive space of autonomous vehicles with the purchase of startup Drive.ai. The Silicon Valley startup raised $77 million in venture funding at a $200 million valuation, according to Pitchbook data.

Apple was already in the exploratory stages of entering the self-driving vehicle space with an initiative known as Project Titan, but in January, Apple cut over 200 employees from this project. In turn, Apple hired a number of Drive.ai engineers and purchased its vehicles.

Prior to the purchase, Apple doubled the number of self-driving test cars in the streets of California. In March of this year, Apple had 45 autonomous test vehicles registered with the state’s Department of Motor Vehicles, which is up from 27 near the end of January.

Per a report by Axios, the “purchase price was not disclosed. Apple was expected to pay less than the $77 million Drive.ai raised in venture capital, to say nothing of the $200 million it was valued at two years ago, after its Series B round, Axios’ Dan Primack reported recently.”

Drive Towards Gains with this ETF

With an expense ratio of 0.47 percent, IDRV will invest in domestic and international markets per its prospectus, which states that, “the Underlying Index is composed of equity securities of companies listed in one of 43 developed or emerging market countries that derive a certain specified percentage of their revenue from selected autonomous or electric vehicle-related industries, as defined by IDI.”

Though the technology itself might still be years away, investors can still capitalize on this nascent space that is already seeing major deals taking place. For example, remote driving startup Phantom Auto raised $13.5 million in seed capital, which will be used to expand a logistics business that will utilize sidewalks, warehouses and cargo yards where autonomy and teleoperation are already used.

For example, augmented reality is technology comprised of digital images superimposed over the real world, and its use is primed to drive industry growth–industries like real estate and manufacturing are already putting the technology to use in a variety of ways.