You are at:Home»Innovative ETFs Channel»Apple Getting Into the Money Management Business with Goldman Sachs? 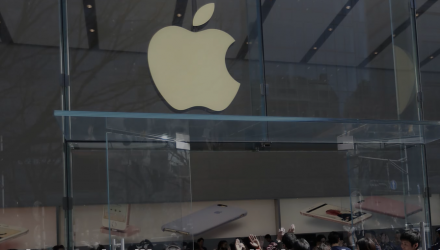 Apple Getting Into the Money Management Business with Goldman Sachs?

Apple and Goldman Sachs are teaming up to issue a joint credit card that will incorporate iPhone features for intuitive money management.

A beta test of the card will be rolled out to employees within the next few weeks and its official launch will take place later this year. The goal is to entice cardholders by offering more robust features that can work in cohesion with Apple’s Wallet app.

The card will allow for money management features, such as spending goals, bank balance tracking and financial rewards. The foray into the money management business comes as Apple is looking towards other revenue sources, particularly after iPhone sales are languishing.

Shares of Apple have been battered as a result of weaker guidance with the tech giant projecting lower revenue due to weaker demand for its iPhone. This was reflected in the final fiscal first-quarter earnings results as the iPhone maker beat expectations in earnings per share, revenue and services revenue, but as expected, fell short on iPhone revenue.

Last year, Apple reported a fiscal fourth quarter revenue of $62.9 billion, which represented a 20% jump from the same time a year ago, as well as, a quarterly earnings per diluted share of $2.91–a rise of 41%.