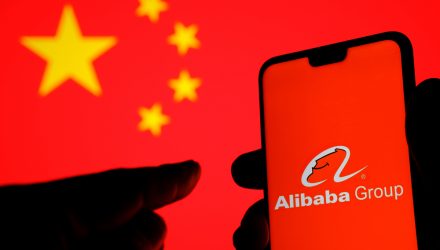 China’s State Administration for Market Regulation said Friday that the 12 companies didn’t properly report past deals and fined them each 500,000 yuan, or about $77,000, reflecting Beijing’s greater scrutiny on the internet sector that began with Alibaba last year, the Wall Street Journal reports.

While the fine is relatively small compared to the size of the companies involved, antitrust experts warned that the move serves as a reminder that Chinese authorities are intensifying their oversight over the emerging economy’s technology giants.

The latest fines follow a recent wave of fines and investigations into alleged monopolistic practices, such as the one into Alibaba Group Holding Ltd. over its dominant market position. Tencent and Alibaba also saw similar fines in December for failing to report past acquisitions properly.

Observers previously saw these fines as a sign that regulators were reining in control over tech companies with large offshore corporate structures and remedying loopholes that allowed companies to pursue purchases without regulatory oversight.

“Antimonopoly laws, for now, will be reinforced more intensively,” James Gong, a Beijing-based lawyer with Herbert Smith Freehills, told the WSJ. “Previously, this was an area that authorities had taken a more laid-back attitude toward.”

According to China’s antitrust law, regulators could retroactively break up companies or assets if they restrict competition. So far, among the 12 fined companies, regulators didn’t find any restrictions to competition.

Companies fined on Friday included many of China’s biggest internet names and their subsidiaries, including Baidu, an Alibaba’s Intime Retail (Group) Co., an investment branch of JD.com Inc., Meituan’s Chengdu Meigengmei Information Technology Co., and a subsidiary of ByteDance Ltd.