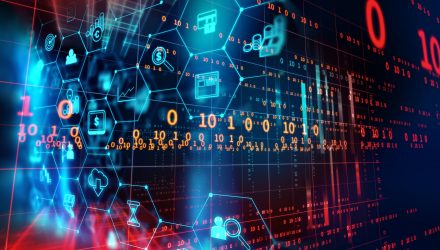 The Emerging Markets Internet & Ecommerce ETF (NYSEArca: EMQQ) marries the idea of technology and emerging markets (EM) in one ETF and one of its holdings owns Ant Financial, which could prove to be a disruptive player in a budding financial technology industry.

EMQQ seeks to provide investment results that correspond generally to the price and yield performance of EMQQ The Emerging Markets Internet & Ecommerce Index. The fund will normally invest at least 80 percent of its total assets in securities of the index or in depositary receipts representing securities of the index. The index is designed to measure the performance of an investable universe of publicly-traded, emerging market internet and ecommerce companies.

Alibaba Group, one of the majority stakeholders in Ant Financial is one of the fund’s top holdings, which makes EMQQ a prime play for investors looking to gain off the strength of the company’s ability to be a major disruptive force in its industry.

“Ant Financial, through its online apps and appeal to consumers and small businesses, has already proven to be a disrupter in the financial industry,” wrote the EMQQ fund in an email. “Now, it is looking to be a disrupter in the health insurance industry. By pooling very small contribution from a large number of subscribers, the company has been able to provide costly medical treatment for many in China.”

Now, Ant Financial is turning its attention to the healthcare industry.

“Ant Financial rolled out its Ziang Hu Bao ‘mutual protection’ play for users of Alipay which so far has signed up 50 million participants, according to the Wall Street Journal, which when on to note that the plan provides for lump-sum payouts for 100 critical injuries or diseases,” the EMQQ fund added. “Each participant is required to contribute a small amount for each claim.  The article noted that 18 payouts were made during April 2019 and the amount that each participant had to contribute was 0.01 yuan per claim.”

Purchasing EMQQ provides exposure to companies that are positioned to benefit as emerging economies mature, the consumer class expands, and their populations increases their utilization of the Internet and ECommerce. Just take a look at its top 10 holdings:

To the outside world, these names may not be familiar, but in the global marketplace, they represent the equivalent of the Googles and Amazons in the U.S. In a late market cycle, it could be these equities investors may look to internationally once the U.S. exits out of this extended bull run.