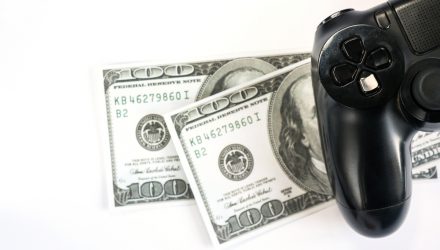 Gaming and e-sports exchange traded funds jumped after Activision Blizzard (NasdaqGS: ATVI) provided a strong full-year outlook on huge demand for its latest installment of the “Call of Duty” franchise.

Activision Blizzard Inc, forecasted a full-year adjusted revenue above analysts’ estimates on rising demand for its latest installment of the Call of Duty franchise, Reuters reports.

“2020 was a record year for the ‘Call of Duty’ franchise, in which premium and free-to-play experiences across platforms sustained more than 100 million monthly active players and drove franchise net bookings to approximately double the year-ago level,” Activision Blizzard said in an earnings press release.

The latest estimates only reflect a broader trend in the videogame maker industry around the world as companies continue to benefit from the coronavirus pandemic, which has contributed to increased demand for home entertainment like video games.

In the United States alone, videogame sales climbed 25% year-over-year to $7.7 billion in December. Activision’s latest “Call of Duty: Black Ops Cold War” was the bestselling title across all platforms in 2020, according to NPD.

“In a year filled with adversity, our extraordinary employees were determined to provide connection and joy to our 400 million players around the world,” Bobby Kotick, CEO of Activision Blizzard, said, according to Business Insider.

“They accomplished this as well as generating record financial results for our shareholders. Under difficult circumstances, but with the same conviction and focus, they will continue to do so in 2021,” Kotick added.