You are at:Home»Innovative ETFs Channel»A Trio of IPOs That Have More Than Doubled This Year 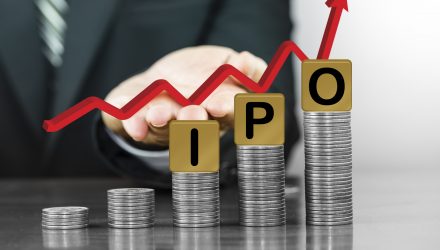 A Trio of IPOs That Have More Than Doubled This Year

Initial public offerings (IPOs) have been akin to a “white elephant” Christmas gift in an investor’s portfolio—something they’d like to give away, but some IPOs have been the gifts that keep on giving as in the case of three specific companies—Beyond Meat, Zoom Video and Palomar Holdings.

With names like ridesharing companies Uber and Lyft as examples of IPOs that are trading below their initial price offerings, it’s difficult for investors to fathom capital allocations to more startups-turned public companies.

“An IPO is no longer a hot ticket,” wrote Rick Munarriz in Motley Fool. “A whopping 67 of the 145 companies that have gone public this year are currently trading below their original price tags. You can’t take anything for granted, and it pays to learn how to invest in IPO stocks.”

However, one of these companies that are bucking the trend is Beyond Meat— a Los Angeles-based producer of plant-based meat substitutes that was founded in 2009. The company’s net revenue surged 250% higher during the third quarter, which boosted its outlook for the year.

“Putting out plant-based burgers has been a meal ticket for early Beyond Meat investors,” wrote Munarriz. “Replicating the experience of animal-based meat products using modern plant protein is clicking with conscious consumers, and the growth has been pretty spectacular.”

Another stellar performer has been Zoom Video with revenue rising almost 100% during its last quarter.

“Providing video-conferencing solutions for enterprises has been a pretty moving picture for its shareholders, even if, like Beyond Meat, Zoom Video shares have surrendered a good chunk of their earlier gains,” said Munarriz. “The stock has given up nearly a third of its springtime peak value.”

Lastly, the name Palomar Holdings may not ring a bell since it operates in the world of insurance, which may not garner much interest, but its annualized growth rate of 75% might.

“Insurance may not seem like a hotbed of monster gains, and some may view Palomar as a little wet behind the ears,” Munarriz wrote. “In an industry where the best-known names have been around for several generations, Palomar was founded just five years ago. Palomar also likes to take its chances, serving underserved specialty property insurance markets including coverage for earthquake, wind, and flood events. Two-thirds of its gross written premiums are related to earthquake insurance, and it’s probably not a surprise that more than half of its business stems from California.”

Investors can get broad exposure to IPOs via the Renaissance IPO ETF (NYSEArca: IPO). IPO seeks to replicate the price and yield performance of the Renaissance IPO Index, which is a portfolio of companies that have recently completed an initial public offering (“IPO”) and are listed on a U.S. exchange.