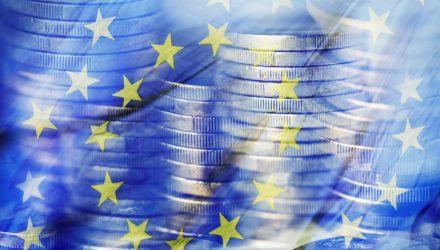 U.S. stocks and related ETFs continued to fall back after the European Central Bank revealed a new round of stimulus measures, fuelling market doubt over the health of the global economy.

Dragging markets down for the fourth consecutive session on Thursday, investors grew anxious, following the ECB’s return to stimulus measures as a way to combat economic weakness.

ECB President Mario Draghi announced cuts to the central bank’s growth and inflation targets and said, “We are (in) a period of continued weakness and pervasive uncertainty,” Reuters reports.

Related: China Tech-Related ETFs Are Among the Top Winners as Trade Talks Continue

While the ECB’s decision is a net positive to help the economy, that actions don’t instill a sense of confidence in the current market environment.

“ECB is saying we need to prop up the economy by offering cheaper loans and that can only happen when you have a problem with the economy, when the economy is slowing,” Peter Cardillo, chief market economist at Spartan Capital Securities, told Reuters. “You have yields going down, which means the Fed might have to stay on hold even longer than what they are anticipating.”

Further dragging on the markets, growth stocks, notably high-beta technology company shares, were among the worst off in the ongoing sell-off.

“Tech stocks are high-beta and as a result they tend to lead the markets and today happens to be one of the lower days,” Randy Frederick, vice president of trading and derivatives for Charles Schwab, told Reuters.