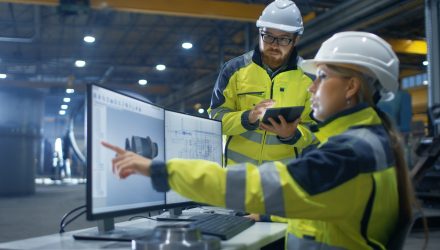 The Challenges Ahead for Industrial ETFs

“Goldman Sachs’ Jerry Revich removed Caterpillar (CAT) and Deere (DE) from the firm’s Conviction Buy List Tuesday (although he retained Buy ratings on both stocks), and he also downgraded Manitowoc (MTW) and Generac Holdings (GNRC) to Sell from Neutral, with new, lower price targets of $22 and $45, respectively,” reports Teresa Rivas for Barron’s.

Caterpillar and Deere are among the marquee names found on XLI’s roster.