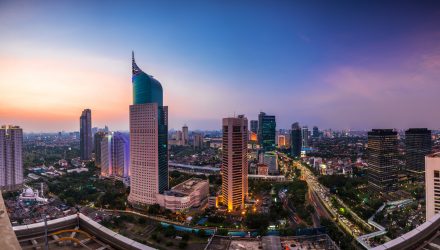 Indonesia country-specific exchange traded funds, like the broader emerging markets, have been weakening in recent weeks, but Indonesia’s markets climbed Thursday as foreign investors return to this developing economy.

For example, EIDO experienced $107 million in net outflows over the past month, according to XTF data.

The sudden turnaround may be a sign of better days ahead, according to Wilianto Ie, President Director of PT Maybank Kim Eng Securities.

“The money flow has to come back to Indonesia,” Ie told Bloomberg. “I’m optimistic about the outlook as foreign outflows have subsided and many of the negative concerns about Indonesian stocks have been addressed.”