You are at:Home»Featured»India ETFs Could Reflect a Strong Economy Unaffected by Trade Fears 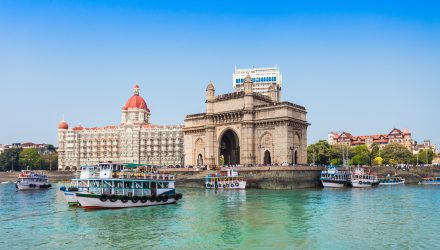 India may also enjoy improved conditions as Prime Minister Narendra Modi tries to boost his party’s prospects with promises of increased government spending ahead of the upcoming general election due in 2019.

“The growth numbers are good but will it be sustainable is the material question,” Gaurang Shah, chief investment strategist at Geojit Financial Services Ltd., told Bloomberg. “The currency remains the joker in the pack and can play a spoilsport.”

The Indian rupee has plunged to a new low below 71 to the dollar on Friday, which could dissuade foreign investors, fuel imported inflation and cause the central bank to step in, which can all impeded future growth.

The International Monetary Fund is now projecting Asia’s third-largest economy to expand 7.3% in the fiscal year through March 2019 and 7.5% in the following year. Meanwhile, the Reserve Bank of India forecasts the economy to grow 7.4% in fiscal 2019.