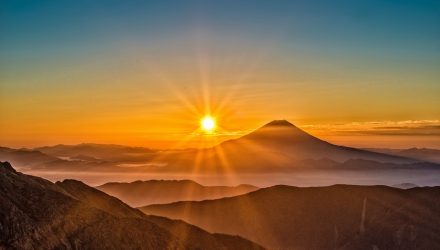 Indexers, Passive ETFs Weren’t The Cause of October Market Fall Off

In an increasingly lockstep market, some critics blamed passive index-based exchange traded funds for the increased volatility experienced during the October selling, but the accusations may be misguided.

Index trackers were under the microscope after technology-specific ETFs dumped billions of dollars of large tech names like Facebook and Alphabet’s Google in late September, with some observers speculating that sales fueled the broader stock market correction, Bloomberg reports.

However, regulatory documents disclosing trades among active managers revealed that passive investors only made up a small portion of the overall sellers. According to Bloomberg data, hedge funds were net sellers of both technology companies last quarter, indicating a growing negative sentiment around the tech names before the correction.

“When you start thinking about more active money out there today, it’s still effectively at least double” ETFs, Joe Smith, deputy chief investment officer at Omaha, CLS Investments, told Bloomberg. “There’s a lot of names that have been bid up. Now that we’re going through the earnings seasons and also some of these changes that have occurred, people are finally starting to look under the hood.”

Hedge funds are now underweight technology, communications and internet retail for the first time since at least 2010, according to RBC Capital.

As the passive index-based ETFs continues to grow, the industry has drawn concerns over how indexing may affect volatility, liquidity and valuations.