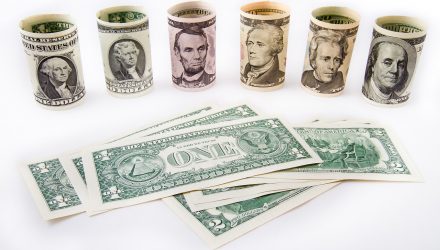 The Increased Likelihood of a December Rate Hike

The latest FOMC meeting and subsequent comments from Chair Janet Yellen have increased the likelihood of a December rate hike. 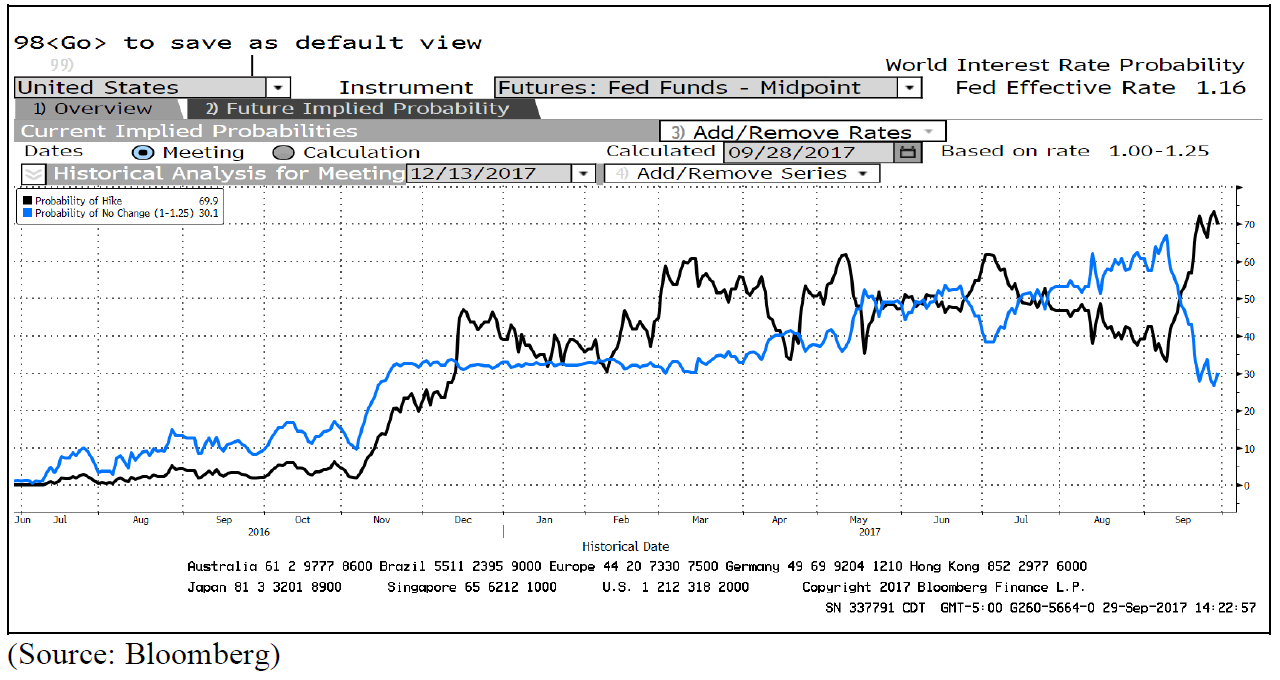 This chart shows the implied likelihood of a rate hike compared to steady policy from fed funds futures for the December meeting. In early December, the projected odds of a hike were just above 30%; those odds have recently jumped to over 70%. Although the core personal consumption deflator remains well under 2%, which is considered the target of the central bank, Chair Yellen indicated that tight labor markets raise the chances that inflation might rise quickly and force the Fed to boost rates sharply, potentially triggering a recession. By raising rates when inflation is below the inflation target, the FOMC hopes to avoid a rapid increase in rates.

Most members of the FOMC base their policy decisions on the Phillips Curve, which postulates that there is a relationship between unemployment and wages, and if the latter rises, inflation tends to follow. This idea has become increasingly controversial as the relationship between wages and inflation has weakened over the past two decades. 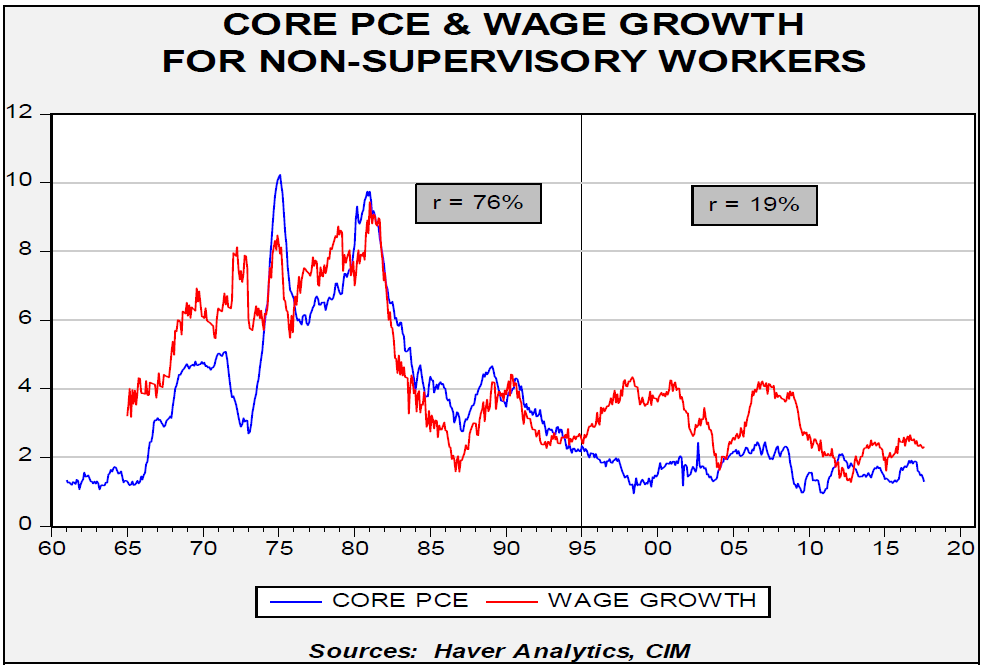 This chart shows the yearly change in core PCE and wage growth for non-supervisory workers.
Note that the correlation broke down after 1995. We believe this is because the full impact of
deregulation and globalization has put a lid on inflation and thus wage changes have less impact
on price levels. 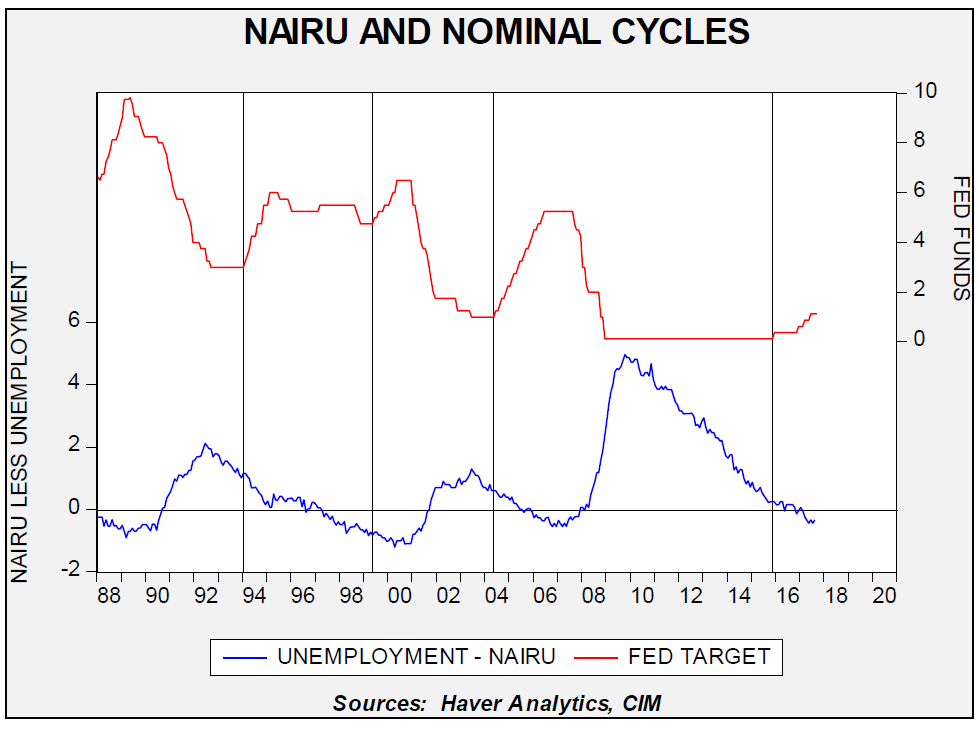