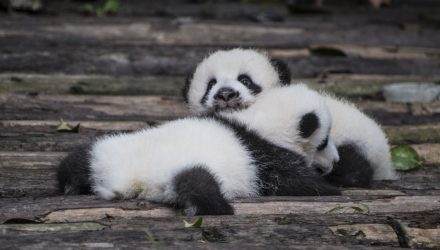 How to Invest Directly in Asia’s ‘Cub’ Countries

Asian growth cubs are a critical component of any emerging markets (EM) portfolio. The Cubs are now directly accessible to U.S. investors through an innovative and pioneering exchange traded fund strategy.

In the recent webcast, Beyond China and India: Investing in the Next Generation of Emerging and Frontier Markets, Maurits Pot, Founder & CIO, Dawn Global Management, highlighted the growth opportunity of the emerging markets, notably the so-called Asian growth cubs.

Many investors have easy access to the emerging markets, but most investment strategies are based on market capitalization-weighted indices that are heavily concentrated in the largest developing economies. Pot pointed out that the benchmark MSCI Emerging Market Index’s top five country weights account for 80% of the overall index, with China making up about 30% of the total weight. Some have even questioned whether or not South Korea and Taiwan should keep their “emerging” designation.

Pot also warned of risks associated with a heavy exposure to China, where investors are exposed to the regulatory whims of Beijing. For instance, Chinese regulators are now cracking down on growing technology companies.

Furthermore, Pot noted that these EM benchmarks are heavily skewed toward state-owned enterprises, which are more of a reflection of today’s size and not further growth potential.

Consequently, Pot argued that it is time to diversify beyond the broken EM indices with an active lens, with the recently launched Asian Growth Cubs ETF (CUBS), the first active thematic ETF to focus on public equities in emerging and frontier growth markets, including Bangladesh, Indonesia, Pakistan, Philippines, and Vietnam.

Pot highlighted the growth potential of these Asian cubs. For instance, Bangladesh is as small as Iowa, yet has a population size over half the total U.S. population. Cubs have outperformed all industry and EM country indices since 2000, even after the S&P 500’s record decade. Bangladesh and Vietnam are 2 of only 3 countries globally to have grown GDP for 40 consecutive years.

A number of factors continue to help support the cubs’ outlook. For example, unique demographic mixes and accelerated digital adoption drives an unprecedented growth outlook, according to Pot. Beyond China and India, investors in Asia increasingly see South Asia as the next digital frontier. The China-U.S. trade war has driven supply chain relocations from China to the cubs countries. Cubs have also weathered the COVID storm and are now better-positioned relative to most EM countries.