You are at:Home»Investing»How Much You Need to Retire is Less than You Think 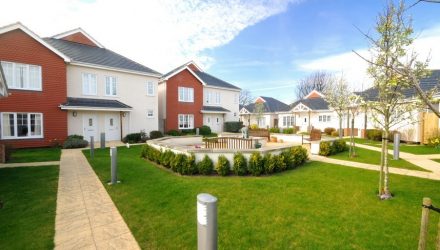 How Much You Need to Retire is Less than You Think

A common question in the FIRE (financial independence, retire early) community involves how much money you need to retire. Before I became a card-carrying member of the community I would hear the question something short of a dozen times per year. This blog means I hear the question a lot more these days. And people still don’t believe my answer.

There is a great misperception over how much money is needed to cash a check and walk your own path. I’ve consulted with 70 year old men worried they don’t have enough to retire. In the FIRE community younger people are more interested in the same question with a different set of rules.

Related: Surprises Your Clients Must Avoid As They Near Long-Term Care

Social Security changes all the rules. The 4% rule is wildly off the mark because they forget two simple facts; facts we will cover right now.

How Much is Enough

I will use one example to outline how much you need to retire. It is easy to adjust to fit your personal circumstances.

Later this month I’ll tip the age scale at 54. Yeah, I know. Never thought I’d live that long either. It also brings up a few interesting facts. First, I qualify for early retirement (qualify for early discounted Social Security) in eight years. (Where the heck did the time go?) Full retirement for Social Security is 13 years away and I can get a bump in my benefits every year I wait until 70, or 16 years. Regardless, Medicare is for the taking at 65, or 11 years for your favorite accountant.

So how much do you think I need to call it a career? A million? More?

It all depends on my spending habits really. Depending on the circumstances, most years I spend about $20,000. Some years I spend as much as $30,000 in the event the car dies (every twenty or so years) or some other personal adventure arises. Summertime is low spending season. An average summer month sets me back $600 – $800. Rare is the non-winter month that sees a four-figure reversal on my spending fortunes. Winter is another matter. December is property tax month. January (February, too) is cold in backwoods Wisconsin. The utility bill gnaws at me the entire time. By the time the frost clears I’ve lost $20,000 of weight from my money belt.

Here are the two mistakes most people make. First, it assumes you’ll never earn another penny after you retire. Oh, for God’s sake people! You will earn money after you retire, if only by accident. Heck, you can sell tradelines if you’re allergic to work and need a thousand or so each month to supplement your wants.

But this assumes you want to leave a legacy at least as big as your net worth pile right now! If 4% is a safe withdrawal rate then in all but the rarest of circumstances the account balance will continue growing!

The second mistake people make when deciding how much they need to retire is using the 4% rule rather than amortizing the liquid net worth balance over the maximum years needed before another form of income kicks in.

There are plenty of amortization calculators around the web. I’m using the program inside my tax software. I asked my amortization program a simple question. How much will I need today to withdraw $25,000 annually for 16 years (remember I’m 54 and want to wait until 70 before drawing Social Security) at a 4% return? Since many people consider the 4% rule safe (as do I) it is acceptable to amortize the liquid net worth balance at a 4% investment return rate.

My tax software says I need $291,307 (I rounded) to make this work. I’ll have exhausted my liquid cash at the same time Social Security kicks in. (Assumptions: withdrawals for the year are in one payment in advance with the money market holding the funds prior to use earning 0% with the first payment drawn the first day to account for an immediate retirement and the next full year withdrawal of the first day of each fiscal year.)

This is a far cry from $625,000! The amortization solution doesn’t take into account several factors. You are likely to earn at least a small amount of income in the next 16 years, but inflation is not factored in so buying power slowly erodes. It also assumes the stock market (I assume we’re using broad-based index funds) only performs at half its historical average. That is a serious assumption! Odds are the market will do better and you will still not use up your nest egg by the time Social Security kicks in. If fact, it’ll probably be bigger than when you started.

The crazy FIRE community needs even less than my calculations indicate. When a 35 year old walks into my office and wants to know how much more he needs to retire when he has $200,000 stashed away already with no debt I tell her she can retire today. After they break the dead stare they think I’m joking. I’m not!