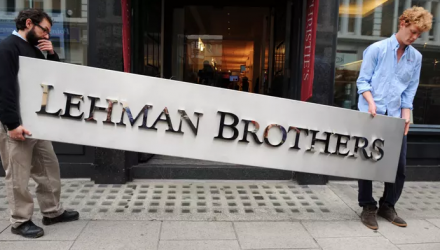 It’s interesting that the Global Financial Crisis (GFC) sparked by Lehman Brothers collapse in September 2008 sparked the FinTech revolution, according to some. I personally think FinTech was bubbling away before the GFC but, certainly, the GFC led to massive investment focus upon changing the system (almost $100 billion since 2010).

Equally, the collapse of Lehman Brothers did lead to lots of former investment bankers launching FinTech start-ups. One example is Revolut, “a secure, mobile-based current account that allows you to hold, exchange and transfer without fees in 25 different currencies”.  Recently valued at $1.7 billion, it’s a FinTech unicorn created by Nikolay Storonsky, a former employee of Lehman Brothers. And it’s not the only one.

Many bankers have left the banks to found start-ups in FinTech, such as:

Founder Anil Stocker worked at Lehman Brothers before it collapsed, while his co-founder Ilya Kondrashov is a Goldman Sachs alumnus. This peer-to-peer lending platform lets companies borrow against unpaid invoices online. £400 million ($612 million) has been lent since launch and lending volumes are growing by an average of 30% each month.