You are at:Home»Equity ETFs»A Hot Start to 2019 for Broad Market ETFs 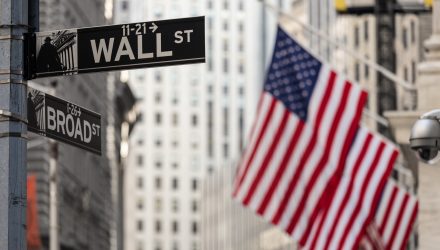 A Hot Start to 2019 for Broad Market ETFs

Smaller stocks are participating as well as highlighted by the early 2019 showings for ETFs, such as the SPDR Mid-Cap 400 (NYSEArca: MDY) and the iShares Core S&P Small-Cap ETF (NYSEArca: IJR), which tracks the S&P Small-Cap 600 Index. In fact, historical data suggest that on the market’s current, January 2019 could be potentially epic.

“In the first seven trading days of 2019, the S&P 500 returned 3.6%, its 12th best start on record since 1928 and best since 2003,” said S&P Dow Jones Indices in a recent note. “Also, the S&P MidCap 400 and S&P SmallCap 600 surpassed large caps by posting their best gains ever to start a year.  Lastly, more than half the segments by sector, size and style have posted their biggest gains in history.”

SPY, the world’s largest ETF, seeks to provide investment results that correspond generally to the price and yield performance of the S&P 500 Index. The Trust seeks to achieve its investment objective by holding a portfolio of the common stocks that are included in the index, with the weight of each stock in the Portfolio substantially corresponding to the weight of such stock in the index.

Some investors are displaying apprehension toward equity ETFs to start the new year. Since the start of 2019, seven of the top 10 ETFs in terms of new assets added are fixed income funds. Conversely, eight of the 10 worst offenders in terms of assets lost are equity funds, including SPY.

“The S&P 500 posted five consecutively positive days, ending January 10, 2019, returning a total of 6.1%,” according to S&P Dow Jones. “The last time the S&P 500 returned five consecutively positive days was ending September 14, 2018, but the cumulative return was just 1.2% then.  Five straight days of positive returns has happened 4% of the time since January 4, 1928, but in just 44 prior instances or 0.2% of the time, has the return been bigger than now.”