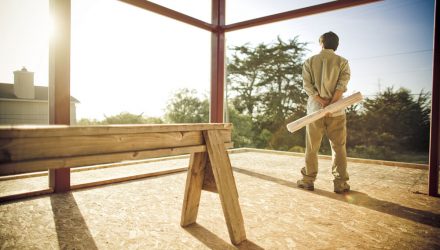 For example, the equal-weight XHB is up almost 5% over the past month while the cap-weighted ITB is higher by 7.7% over that span. Recent data points boosted homebuilder equities and ITB and XHB, but some market observers believe the sector has reached an important technical juncture.

The PHLX Housing Sector Index (HGX) has finally found its way back to its 2005 highs, which could prove meaningful for ITB and XHB although neither ETF tracks that index. XHB follows the S&P Homebuilders Select Industry Index while ITB tracks the Dow Jones U.S. Select Home Construction Index.

“I will say that the HGX’s recent breakout above the July-August highs and subsequent follow through has been impressive and the momentum may carry the index further,” according to ETF Daily News.