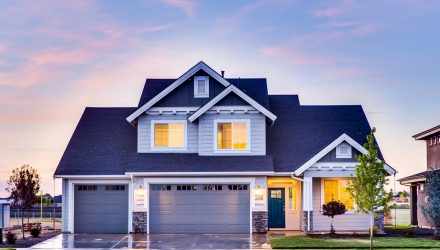 Homebuilder ETFs Jump with Homeownership on the Rise

Homebuilders stocks and sector-related ETFs led the charge on Tuesday as the homeownership rate in the U.S. gains momentum.

Supporting the gains in the homebuilder sector, the Census Bureau revealed the homeownership rate was 64.4% in the third quarter, compared to 64.3% in the prior three months and 63.9% a year earlier, Bloomberg reports.

The steady price gains in the housing sector over the past six years are starting to slow, potentially allowing more buyers to bid on houses without resorting to a pricey bidding war.

The S&P CoreLogic Case-Shiller National Home Price Index, which measures average home prices in major metropolitan areas across the country, was up 5.8% in the year ended in August, compared to a 6% year-over-year rise reported in July. The measures was also the first time in a year that annual price gain fell below 6%, the Wall Street Journal reports.

The rise in rates has also pushed up mortgage rates, which also pressured demand in recent months.

Tian Liu, chief economist at Genworth Mortgage Insurance, argued that with a large population of Americans under 45, the home ownership rate could still rise as renters turn into first time home owners.