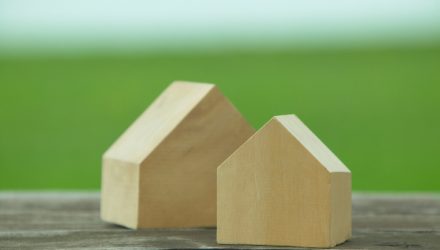 Homebuilder exchange traded funds have slowed down and an unexpected drop in single-family home sales further dragged on the home construction market.

The SPDR S&P Homebuilders ETF (NYSEArca: XHB) was down 0.9% and iShares U.S. Home Construction ETF (NYSEArca: ITB) was 1.1% lower Wednesday, after declining 2.6% and 2.0% over the past month, respectively.

The percentage decline was also the largest since August 2016, startling economists whom expected a 0.3% gain.

The housing market is being pressured by a shortage of properties, which is escalating home prices.

“Existing home sales reports from the National Association of Realtors suggest the demand for houses in the U.S. is on the rise across the board,” according to a Direxion Investments note. “However, this demand has caused prices to spike above consumer’s ability to afford a home. Between 2016 and the first six months of 2017, home prices have consistently risen on a year-over-year basis; total existing home sales have not.”