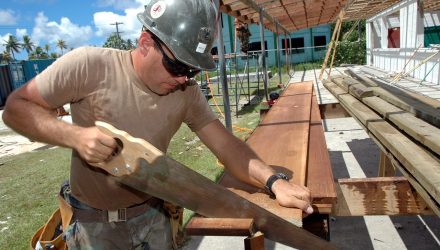 According to the Commerce Department, U.S. homebuilding was worse than expected in September, with housing starts down 5.3% after slightly rising in August. Meanwhile, existing home sales plunged the most in over two years as rising materials costs weighed on the supply side and higher mortgage rates deterred buyers.

The Federal Reserve’s tighter monetary policy and interest rate hikes have contributed to the spike in mortgage rates, which jumped above 5% in October. The Fed has stated it could hke rates in December and three more times in 2019.

However, this lull in the homebuilder segment may pass as U.S. consumers get use to the new norm.

“We’re in an adjustment period, where consumers are getting used to higher interest rates,” Smigiel added. “Other factors, like rising wages, low unemployment and demographic factors will help stabilize sentiment towards the housing sector,” in the coming months.