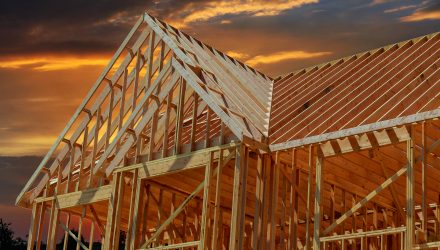 “Do you see any signs that the economy is slowing?” Alex Barron, an analyst with the Housing Research Center, told Bloomberg. “So why would wealthy people be scared to buy?”

The homebuilder reported the number of homes completed and turned over to customers jumped 18% in the second quarter while the number of signed contracts gained 7%. Toll also projected that the average price for its homes in the current fiscal year to be between $835,000 and $860,000, or $5,000 above the low-end of its previous guidance.

Toll’s numbers were also a surprise given that the latest Commerce Department data revealed sales of new single-family homes falling in June to the weakest pace in eight months, which fueled to concerns about a potential slowdown in activity and previously dragged on the broader homebuilder sector.

“What you’re seeing in the stock is a relief rally because it’s been hammered so much in the last year or so,” Drew Reading, an analyst with Bloomberg Intelligence, told Bloomberg. “Investors are relieved that it’s not a broad-based slowing of demand at the high end.”