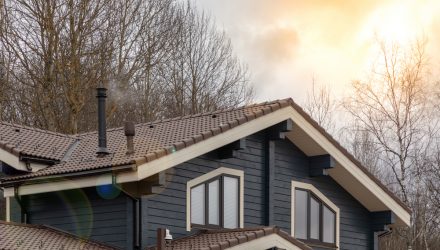 Homebuilder ETFs Are Ready for a Rebound

While the drop was significant, the decline was still slightly better-than-expectations, with economists forecasting existing home would decrease 18.9% to a rate of 4.30 million units in April.

The existing home sales report came after data on Tuesday showed a record collapse in homebuilding and permits in April.

However, the homebuilders sector continued to strengthen Thursday on hopes that the worst of the housing slump may be over as the country reopens businesses after the forced shutdown measures to contain the spread of the coronavirus.

“Construction activities have been one of the first to resume in many states that have begun phased reopenings,” Citi economists said in a note, according to CNBC. “We would expect that both starts and permits have likely reached a bottom in April.”

Some also pointed out that this is a really good time to go shopping for a new home as mortgage rates are at record lows.

“For that reason, I think during the summer months we are going to see homebuilders trade higher, as well as key relative strength stocks like KB Home and Toll Brothers because they’re going to have people buying homes with those low-interest rates,” Shay added.